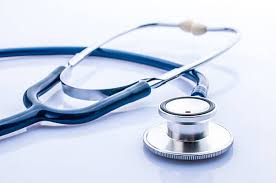 Dr. Gary Lawrance Turpin died at home on August 14, 2019 after a brief battle with pancreatic cancer. Born in Carrollton on July 18, 1937, he was the son of James and Eileen Turpin. He graduated from Carrollton High School where he was an honor student as well as a track and football star. He received his undergraduate degree from Illinois College in Jacksonville and his medical degree from the University of Illinois College of Medicine in Chicago. He was a general practitioner in Greenfield, IL for 50 years and one month and made a house call the day before he retired.

He was preceded in death by his parents.

Dr. Turpin was a Major in the US Army Medical Corps and was in command of a military hospital in Vietnam for one year. He received a Bronze Star in addition to the Army Air Medal for having flown more than twenty-five aerial missions over hostile territory in support of counterinsurgency operations. He finished his active duty at the Granite City Army Depot.

Gary was passionate about his family, nature, animals, young children, the elderly, and those who were sick and suffering. Hunting and fishing with his many friends throughout the United States and Canada brought him great pleasure. In recent years his granddaughter Gigi was his best girl and fishing buddy. He always maintained one or two thriving gardens and enjoyed cooking and eating the harvest. He also loved sharing his produce with others and canning the extras for later. He was a member of the American Medical Society, the National Rifle Association, and the Eldred American Legion.

Dr. Turpin was legendary for his incredible memory and knowledge of a vast array of topics including old cars, firearms, the Civil War, and WW II. He especially relished knowing all about Greene County – its history, its people, their family ties, and its landowners. His wealth of knowledge made him a wonderful resource for family and friends who constantly quizzed him.

Living in and serving the people of and around Greenfield was a perfect fit for him, as he loved every aspect of it. His patients became his friends and his family.

A funeral will be held at 10:00 AM on Saturday, August 17 at the First Baptist Church of Greenfield with Pastor Chuck Keene officiating. An informal reception will be held in the church fellowship hall immediately following the service. A private burial with full military rites, provided by the Tri County Honor Guard,  will be held at the Carrollton City Cemetery. Memorials are suggested to The Greenfield Public Library, GFEE, or BJC Hospice

To send flowers to the family or plant a tree in memory of Dr. Gary L. Turpin, please visit our floral store.