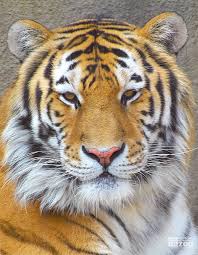 Dr. James Calvin “Doc” Reid, 84, of Greenfield, died,  Monday, January 10, peacefully at his home surrounded by his family.  He was born May 29, 1937, in Urbana, IL. to George Calvin and Gertrude (Ross) Reid.  He married Doris Rosentreter, September 16, 1961, at St. Joseph’s Church in Carlinville, and she survives.

He was preceded in death by his parents, his sister, Mary and his granddaughter, Faith Evelyn.

“Doc” graduated from Carlinville High School in 1956, the University of Illinois in 1959, and University of Illinois-College of Medicine in Chicago in 1963.  He served his internship at Decatur Memorial Hospital from 1963 – 1964. He was one of the first board certified family physicians in the nation and started his practice at Fillager Memorial Clinic in 1964. He was an avid fan of the game of football, watching, cheering and serving as the Team Doctor, "Tiger Doc",  for Greenfield High School for over 50 years, and Illinois College for over 25. He received the Team Physician Award from the Illinois Medical Society in conjunction with the IHSA in 1987. He was the runner-up as the National Country Doctor of the year award in 2000. He served on the Greenfield Fire Department from 1971 until 2000, the board of the American Lung Association and as secretary/treasurer of the Illinois State Medical Society.  He was a member of the St. Michael’s Catholic Church. Doc had a passion for faith and family. He was active in the Marriage Encounter and Cursillo groups, and the St. Michael’s Men’s Club. He loved family vacations and playing games with his family.  He loved the outdoors where he gardened with his children and grandchildren, raised sheep, and hunted mushrooms.  He had an extended knowledge of trees, birds, and astronomy.  He sang in the community choir and played bass clarinet in the community band.  He touched many lives, and will be dearly missed.

A Mass of Christian Burial will be held Friday, January 14, at 10:30 am at St. Michael’s Catholic Church. A prayer service will be held at 2:30 pm, Thursday, followed by visitation from 3 until 7 pm at the Shields-Bishop Funeral Home.  Burial will follow the mass at the Oak Wood Cemetery north of Greenfield. The family is requesting masks to be worn during the services. In lieu of flowers, memorials are requested to the St. Michael’s Catholic Church or Food for the Poor.  Please leave a memory or condolence at shields-bishopfh.com

To send flowers to the family or plant a tree in memory of Dr. James Calvin "Doc" Reid, please visit our floral store.

A Memorial Tree was planted for Dr. James

Join in honoring their life - plant a memorial tree