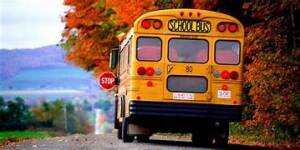 Laura Marlene (Costello) Meneley, 85, of Greenfield Illinois, passed to her eternal life on January 23, at her home surrounded by family. Born September 8th, 1935 to Raymond and Christine (Greene) Costello. She was fifth of twelve children. She graduated from Greenfield High School in 1955 and married the love of her life, Harold Meneley on August 21, 1955.

Laura followed her husband throughout his 20-year Army career, living in Kansas, Arizona and Germany, before settling in Greenfield. While in Germany, Laura found her love for bowling. With their children, they traveled to Mexico, Rome, Paris, Switzerland, Holland and saw the World’s Fair.

Laura began driving a bus for the Greenfield School District in 1968, where she met her beloved friend, Debbie Davis before retiring after 39 years. Laura also worked alongside her husband and son, Raymond at the woodworking business owned by Gordon Frank. Laura continued her bowling career in Alton on a women’s league and participated in several state and national tournaments. Laura and Harold’s love of traveling continued as they vacationed with their children, grandchildren and great-grandchildren throughout the years. Laura was a faithful member of Faith Bible Church in Greenfield. She loved to cook and bake for everyone.

Laura was a long-time active member in the American Legion Auxiliary. She held various positions in the Greenfield Unit, such as; chaplain, president, and vice president.

Laura was preceded in death by her parents, a sister, Janet, and brothers: Philip, Bob, Richard, John, Wayne, Larry, and Randy.

She is survived by her husband, brothers Chuck Costello of Greenfield, IL; Jerry (Becky) Pinckneyville, IL; and sister, Ruby Cope of Carlinville, IL; her grandchildren, great-grandchildren and several loving nieces and nephews.

In lieu of flowers, memorials may be sent to Faith Bible Church, 602 Main Street, Greenfield, IL 62044.

Cremation rights have been accorded and a private burial will be held in Oak Wood Cemetery in Greenfield, IL, with Brian Gruen officiating.

Funeral arrangements have been entrusted to Shields-Bishop Funeral Home. Please leave a memory or online condolence at shields-bishopfh.com.

To send flowers to the family or plant a tree in memory of Laura Marlene (Costello) Meneley, please visit our floral store.